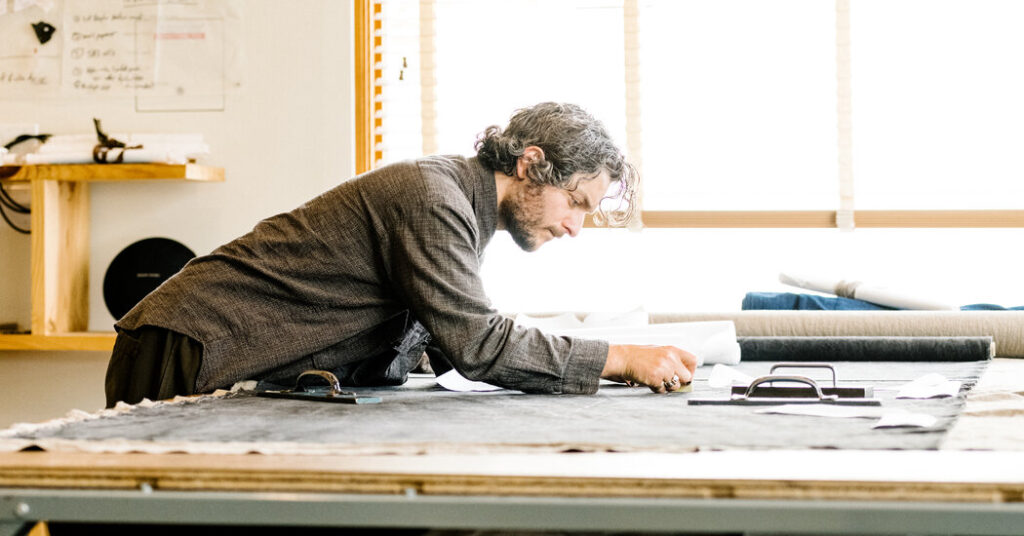 The doomsayers got it wrong, as it turns out. Despite the gloomiest predictions about ghost towns and the end of fashion, the round of shows that ended last month (sort of; stragglers kept turning up after the train left the station) gave plenty of reason to be optimistic not only about the industry’s survival but of its reinvention.

Fashion is not dead, though tired ideas about the business — who owns it, what drives it, where it meets its consumers — are slumping toward the scrap heap, trailing a tight little cadre of panjandrums who controlled it for too long.

Signs of renewal were everywhere to be found over the last months, particularly when it came to men’s wear. You could see it in the innovative and hybridized hoodie-and-blazer uniform that Jerry Lorenzo, 43, devised for his seventh Fear of God collection, one that took him two years to produce. You could see it in the emergence of ornery independents like Evan Kinori, 33, a San Francisco talent whose blocky jackets and outsized trousers — think Yohji Yamamoto meets August Sander — released in unannounced Instagram drops, sell out in days.

You could spot it in the arrival on the scene of Tristan Detwiler, a 23-year-old surfer, whose first-ever Stan collection of blazers and chore coats made from recycled patchwork quilts looked as polished as the work of more seasoned designers, although created as a final project at art school.

Newcomers like Mr. Detwiler appeared as if out of nowhere. And journeyman designers like Aaron Potts, 48, showed collections that caused you to wonder how he had managed to stay hidden for so long in plain sight.

After decades in the workrooms of mass-market labels like Ellen Tracy, Donna Karan and Victoria’s Secret, Mr. Potts struck out on his own with designs that make him an obvious inheritor of the mantle of Willi Smith, the brilliant creative spirit whose WilliWear label would undoubtedly have made him the first household name among Black designers had he not died of suddenly of AIDS in 1987 at age 39. In fact, Mr. Potts cites Mr. Smith — subject of “Willi Smith: Street Couture,” a Cooper Hewitt retrospective that seeks to restore him to his rightful place in the canon — as one of his prime inspirations and goads.

“It’s not just the designs,” Mr. Potts said, referring to Mr. Smith’s sprightly explorations of street- — and work wear. “It’s how he brought his community with him. We’re going through a tumultuous time, and what I want — more than I want to have the next Michael Kors business — is to create a mental and physical space where we can all bring our talents.”

For his stellar February video presentation of supersize denim coveralls with deep cuffs turned up and the hems left frayed; bell-sleeved khaki overshirts; and a leopard print poncho that immediately brought to mind the stage wear favored by the Nigerian superstar Femi Kuti, Mr. Potts called on relationships he has built up over the decades — models, stylists, musicians.

“Mine is a very New York thing, but it’s old New York,” he said. “ My model is not about finding big bucks and tech money that sucks the life out of your business. It’s more like a potluck supper where we all bring a dish and everyone gets fed.”

Mr. Pott’s words were echoed by a variety of designers eager to signal a shift away from corporate business ventures predicated on finding “white space” vacancies in the marketplace, like the oft-cited Warby Parker did for eyeglass frames. Having heard the siren song of venture capitalists promising overnight billions, people as unalike as Mr. Lorenzo, Timo Weiland and Emily Bode are rather seeking business models that are nimble, resilient and yet more traditional, depending on a loyal customer base.

“There are so many ways to calculate success,” Ms. Bode, 30, said. “We’re in this for the long game. We want to build a legacy business where we are able to make our own decisions, scale gradually and grow alongside the customers and not according to trends.”

If, not so long ago, a designer’s career goal was to create the next mega-label, the small-is-better approach is increasingly seen as preferable to the seductive fantasy of becoming an internet unicorn.

“I look at all the white-space start-ups that happened with high frequency five years ago,” said John Elliott, 33, who in under a decade has taken a label specializing in clean-lined men’s wear, influenced by his years as a Bay Area skate rat, and turned it into a highly profitable, if modestly scaled business. “We know how those stories ended.” For every internet meteor like Bonobos, in other words, the wreckage from a thousand failed start-ups lies scattered along the road.

“In the aughts, the philosophy was you followed certain steps to build a really big brand,” said Robert Burke, the founder of a luxury consulting company and former fashion director of Bergdorf Goodman. That era may be definitively over, Mr. Burke suggested, gone the way of the power tie.

“We’re entering a period where bigger is not necessarily better,” he said.

“We expanded and expanded, and any time a retailer said ‘jump,’ we would say, ‘how high’?” said Mr. Weiland, 38. “We scaled fast, but in a house-of-cards sense. We were working 110 grinding hours a week, had multiple millions in top line revenue and a profit margin of zero.”

Three years ago, after coming close to losing their label, the Timo Weiland designers decided to retrench, reducing their offerings to tautly edited selections of men’s wear staples. The success of the decision — creatively, at least — was readily apparent in June, when they produced a coolly beautiful collection of double-breasted blazers, shorts and sleeveless sweaters in Necco wafer colors.

“We found we had built at dream that, at the end of the day, we didn’t want,” Mr. Weiland said. “Now we’re not trying to be the next billion-dollar-thing anymore.”

Few understand the pitfalls of overnight success better than Billy Reid, 53, a designer who began the William Reid label in 1998 as a one-man operation run from a single room at the Chelsea Hotel. The industry and consumers quickly took to Mr. Reid’s rumpled frat boy blazers and chinos, designs heavily influenced by Perry Ellis and once characterized in these pages as having a “dressy-casual whiskey-soaked style.”

Those were heady times for the designer, who, in short order, found his work racked alongside industry heavies like Ermenegildo Zegna and Brunello Cucinelli at specialty stores like Stanley Korshak and Fred Segal. In early 2001, the Council of Fashion Designers of America named him Best New Menswear Designer. On Sept. 10 of that same year, he staged a successful runway show in Manhattan. Within two months, his business went under, one of the many fashion labels lost to the devastating economic aftereffects of the 9/11 terrorist attacks.

“I’m not going to say that wasn’t a rough period from 2001 to 2003,” Mr. Reid said by phone from Florence, Ala., where his family relocated and moved in with his in-laws after his label collapsed.

Once there, Mr. Reid started over. Slowly and with caution, he rebuilt a label now called Billy Reid.

“We had grown too quickly,” Mr. Reid said. “We had a few stores, then 10 stores, then were selling to major stores and specialty shops and found we had all these different distribution channels and were trying to build collections for all of them.”

Not only did the expansion prove unsustainable, it forced the designer away from those things that inspired him to create his award-winning clothes in the first place.

“Losing and restarting the business, I feel in a good position to talk about the importance of being centered on creativity,” Mr. Reid said. “Obviously, we need to stay in business, and that’s key. But so is having an emotional connection to customer, the process and the idea.”