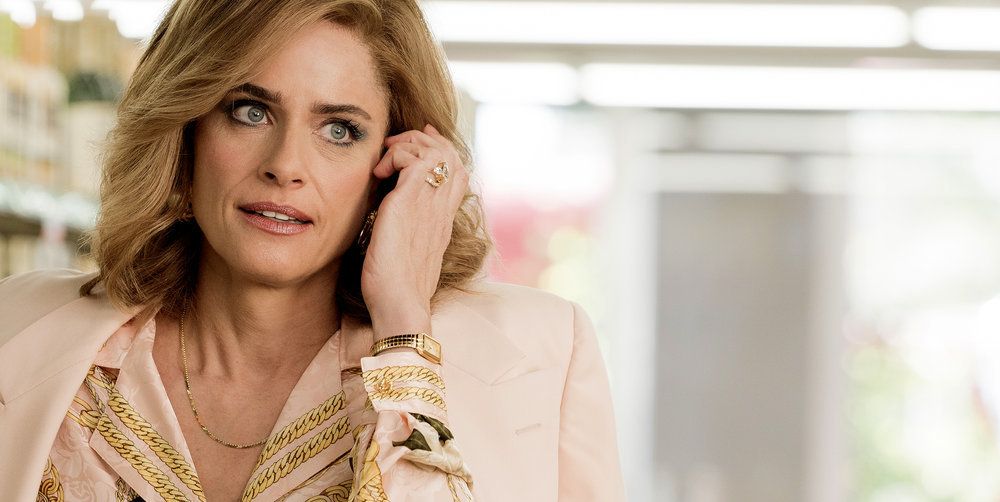 The second season of Dirty John—subtitled The Betty Broderick Story—expands on the first season’s themes of lies and gaslighting within marriage while telling an entirely new true crime story. In 1991, Elizabeth “Betty” Broderick was convicted of murdering her ex-husband, medical malpractice lawyer Daniel Broderick, and his new wife Linda Kolkena. The murder was the culmination of an ugly, years-long battle between Broderick and Broderick, beginning with “the worst divorce case in San Diego history.”

Betty has been in jail since the day of the murders, and to this day has shown no remorse for the crime. Read on for a primer on the murder, the trial, and where Betty Broderick is today.

In the early hours of November 5, 1989, Betty drove to Daniel and Linda’s house with a pistol, and let herself in using a key she had taken from her daughter. “I wanted to splash my brains all over his goddamned house,” she later said. As Dan and Linda lay sleeping, Betty fired off a series of shots that hit Linda in her neck and chest, and Dan in his back. Both were killed. Betty turned herself in to the police later that day.

The backdrop to the murder was several years of ugly legal proceedings stemming from Betty and Dan’s divorce. After Betty discovered his affair with Linda, his then-secretary, the couple separated in 1985 after almost two decades of marriage, and their divorce was finalized a year later. During the divorce proceedings, Betty left a string of profane messages on Dan’s answering machine, vandalized his home, and at one point drove her car into his front door, prompting Dan to take out restraining orders against her, withhold his agreed alimony payments, and at one stage, have her committed to a psychiatric hospital for three days.

Betty pleaded “not guilty” to two counts of murder. After her first trial ended with the jury deadlocked, her second trial began in October of 1991, where she described being in “an altered state of consciousness” on the day of the murders and claimed not to remember firing her gun at Dan and Linda. The prosecution pressed for a first-degree murder conviction, while Betty’s defense team argued for a verdict of voluntary manslaughter, on the grounds that she was “driven to the slaying by years of psychological abuse and intimidation,” per the L.A. Times.

In December of 1991, Betty was found guilty on two counts of second-degree murder, and sentenced to 32 years to life. She has been serving her sentence at the California Institution for Women in Chino, California ever since. She has been denied parole on two separate occasions, in January 2010 and most recently in January 2017, and will not be eligible again until January 2032.

“Betty Broderick is an unrepentant woman,” deputy district attorney Richard Sachs said at her most recent parole hearing. “She has no remorse and zero insight into the killings,” he later told the L.A. Times. “She just basically said, ‘They drove me to do this.’”

In a 1990 interview with the L.A. Times, Betty insisted that her actions were justified. “I bought into a 1950s Leave It to Beaver marriage…and he stole my whole life,” she told reporter Amy Wallace. “This was a desperate act of self-defense.”